Agronomy Capital Advisors Ltd was one amongst a number of parties sponsoring Andrew Tillery, (Chairman of Dekel Oil Plc and CIO of Palladium London) to undertake a 100 km run from the London borough of Hammersmith & Fulham to Henley in Oxfordshire, on Saturday 7th September, to raise funds for Macmillan Nurses - a UK charity registered for cancer relief. For those readers who know Andrew, it will come as no surprise that he completed the run, both in good time (beating his own target) and in good order at the finish. It was a challenging day for Andrew, and a great result for the dedicated teams making up MacMillan Nurses. At Agronomy Capital Advisors, our entire team is proud to have supported Andrew, and we feel sure that all readers will join us in congratulating him on an outstanding achievement for an outstanding cause.

See below for Andrew’s recollection of the ‘Ultra Challenge’ and his preparation for the event. 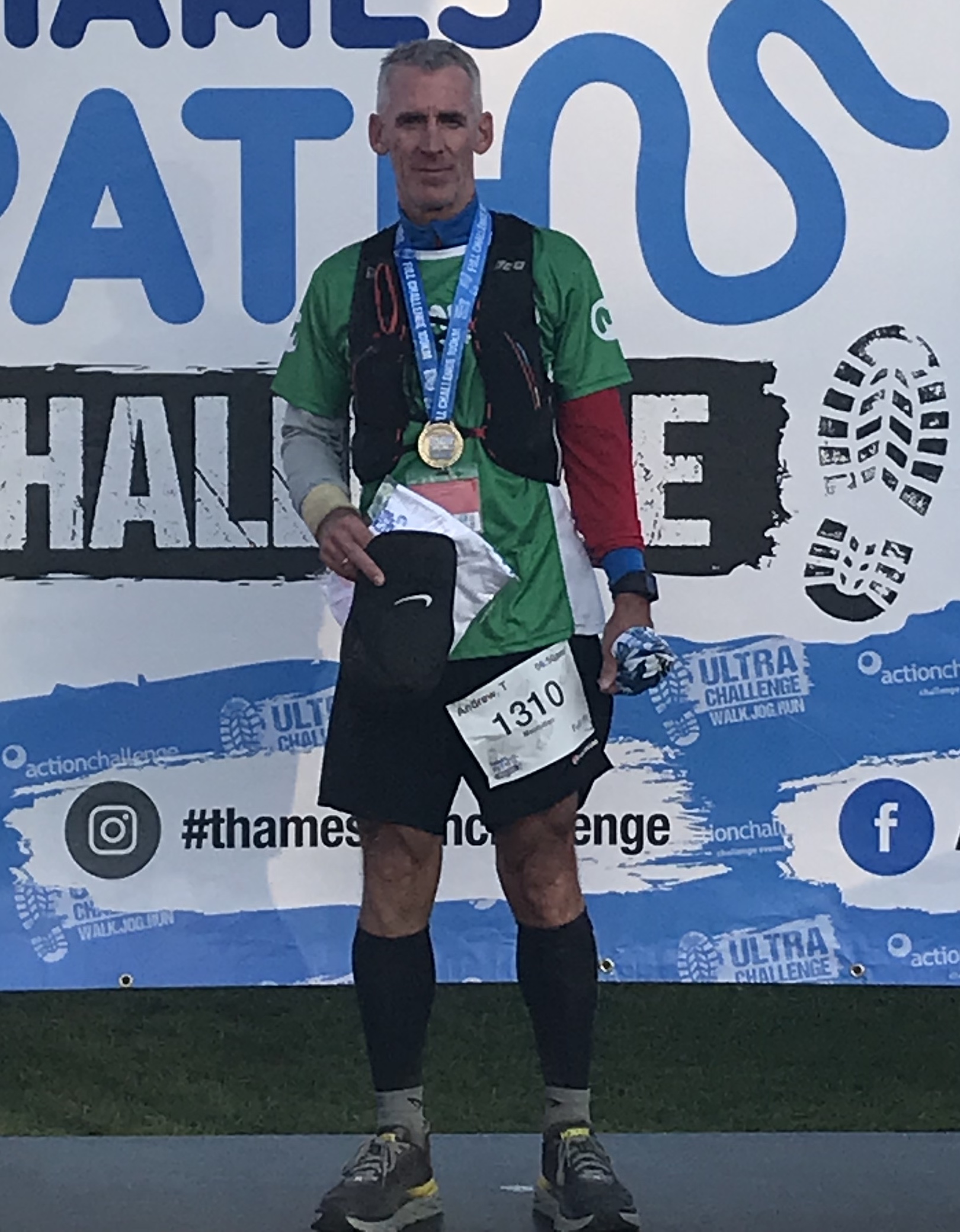 “On Saturday 7th September at 6.45am, I stood on the start line in Bishop’s Park, Fulham with a couple of thousand other competitors intending to run, jog or walk 100km along the River to Henley-on-Thames. Many people were participating in order to raise money for charity. In my case I was hoping to raise over £1,500 for MacMillan Nurses, a large part of which had come from friends and clients of Agronomy Capital Advisors Ltd who had been kind enough to publicise my search for sponsorship. The MacMillan Nurses do a wonderful job, nursing patients with terminal cancer and had done so for both my parents who passed away over 15 years ago”.

“100km is quite a distance to run. I had done it once before, around the Isle of White, and I also participated in the Cape Wrath Ultra trail run last year, which involved navigating 400 km through the Scottish Highlands over 8 days from Fort William to Cape Wrath incorporating 11,200 m of ascent. So, the amount of training necessary to prepare for an event like the Thames Ultra was painfully familiar. I started gently in May and gradually built up to 150 km per week or more by early July. It’s not necessary to run every day but it does help significantly if one run per week is “long”, meaning 50 km initially and up to 80 km as fitness levels improve. Over 100 km, speed is not a principal concern. The trick is to develop the strength to stand and plod on for as long as it takes. My hope was to finish before dark, so I started in the belief that this would be possible in 13-14 hours”.

Breaking The Rules on The Norwegian Fells

“Training went largely to plan. I did break one golden rule during the build-up, which was to participate in a 2 day fell race in Norway in late July. While there are advantages to incorporating races into training, the main drawback is that to perform well, it is necessary to train very lightly during the week before and that recovery can take up to a week. Hence two weeks of potentially invaluable training are lost. Anyway, the decision was made and after a very hard first day running 54 km from 28 degrees at sea level to around 4 degrees, heavy rain and strong headwinds at 1,300m, I was freezing and headed straight from the finish line to the sauna. Having finished in 6th place overall in Day One, I felt obliged to at least maintain that position on Day Two - an easier stretch over 27 km with less elevation in more favourable weather conditions. Ultimately, I finished 4th overall and was pleased with the position, if not the time. However, as anticipated, it did take almost a week to recover representing a setback in training for the Thames Ultra, although thankfully no injuries - another major risk of competing whilst training”.

“Luckily training in Norway during August went very well and on the day of the Thames Ultra I felt well prepared. The popular option seemed to walk the route without a significant break. Walking through the night did not appeal and so I started at a gentle jog. At halfway in Runnymede, my legs felt fine. There were many well stocked refreshments booths along the way and so there was no need for me to carry sack-loads of bananas and litres of water along the route. The weather was almost perfect at around 16 degrees, no wind and dry. These advantages notwithstanding, the kilometres began to tell, and I felt myself slowing between 60 and 70 km. An increase in pace between 70 and 80 km probably did me no good at all and the sparse but supportive crowd began the familiar chant “not far to go now” at around 80 km. Compared with the 80 km completed then of course 20 km is not a lot; but it will be the hardest 20 km competitors will ever run, so the “not far to go” chant causes a chuckle. Even more so at 90 km and even 95 km. From 80 km I did slow again and was passed by a couple of other runners including a spritely looking young lady”.

“It was a boost to see the town of Henley from several km away and a strange feeling to pass the signpost reading “You have just entered Oxfordshire” before crossing the bridge into the town centre. I have no idea how many counties we crossed. Probably fewer than it seemed. The finish line was of course a welcome sight, particularly given that it was well before dark. The run took me 11.5 hours and the records show that I finished in 33rd place. I was happy just to finish in the knowledge that a significant amount of money had been raised for charity. Despite feeling fine initially with sore thighs but no other complaints (including, miraculously, no blisters!), I did soon begin to feel a little nauseous and had to sit down for 30 minutes or so. The organisers had put on a range of delicious cuisine at the finish, but unfortunately my appetite had deserted me. Too much Coke, sweet drinks and bananas along the route no doubt. The thought of taking a couple of hours to get home by train also did not appeal and so a local taxi company made a killing with an unexpected fare to Fulham. Mission accomplished, many thanks to all my sponsors, and I shall now look forward to the next challenge which will be the London Marathon in April 2020”.

This was Andrew’s third outing in support of Macmillan Nurses: https://www.macmillan.org.uk/information-and-support/coping/getting-support/macmillan-nurses.html.

This site uses Akismet to reduce spam. Learn how your comment data is processed.