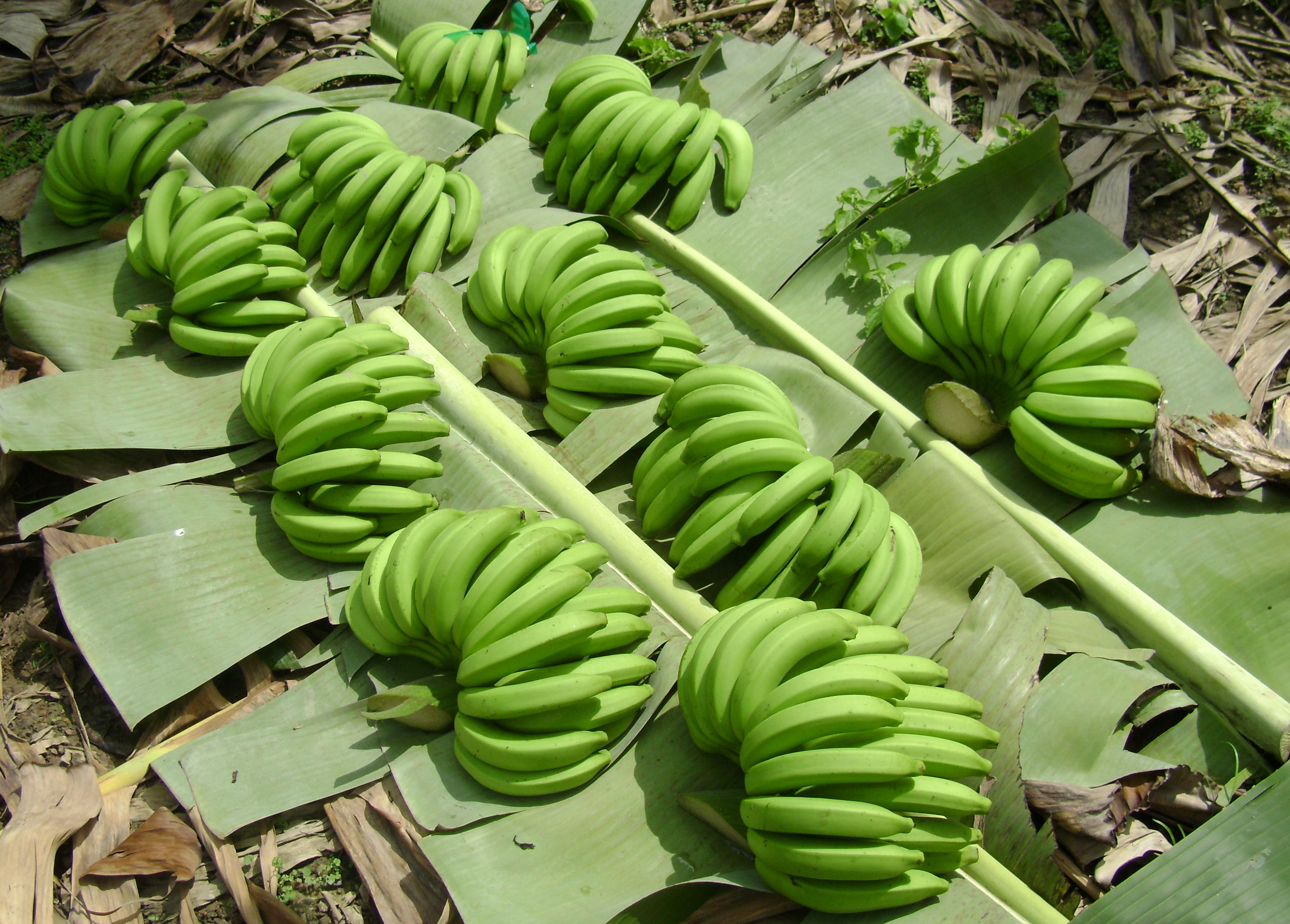 Bananas are the most popular fruit in the world. The banana is not a tree or a palm, but a member of the lily family and grows up to 15 metres. Their origin is placed in Southeast Asia, in the jungles of Malaysia, Indonesia or Philippines, where many varieties of wild bananas still grow today. While there are thought to be almost 1000 varieties of bananas in the world, subdivided in 50 groups, the most commonly known banana is the Cavendish variety, which is the one produced for export markets.This has the advantage of being able to be picked when green and then ripened artificially.

Bananas are produced in 135 countries and territories across the tropics and subtropics. The vast majority of producers are smallholder farmers who grow the crop for either home consumption or for local markets (less than 15% of the global production of more than 130 million metric tonnes is destined to supply supermarket shelves and market stalls outside the producer countries. Dessert bananas account for 43m tonnes annually and while cooking bananas (plantains and others) account for 45 million tonnes. Locally consumed bananas, which are a staple food in many tropical countries, play a major role in terms of food security.

Bananas started to be traded internationally by the end of fourteenth century. The development of railroads and technological advances in refrigerated maritime transport subsequently enabled bananas to become the most important world traded fruit. In 2012 the volume of global gross banana exports reached a record high of 16.5m mt. Ecuador is the largest banana exporter in the world accounting for circa 7.4m mt annually. Data for 2012 show a shift from exports originating in South America towards greater exports from Central America and Mexico, which is attributed to trade preferences for Central American bananas in the European market as part of the Association Agreement. The average share of South America in global banana exports had declined from 50.2% in 2007-2011 to 43.6% in 2012, while the share of Central America and Mexico increased from 29.4% to 33.4%.